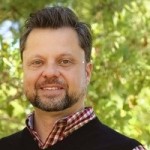 While sulfate reducing bacteria (SRB) are widely known as a major cause of MIC in carbon steel, other bacteria with different physiological properties have been identified as potential contributors in the corrosion process as well.  Iron reducing bacteria (IRB), for example, are heterotrophic facultative anaerobes which reduce ferric ions to ferrous ions under anaerobic… Read More