This is the thirteenth post in an ongoing series profiling microorganisms of particular significance in water and wastewater systems. In this series we will cover microorganisms of many types including some that are beneficial, inhibitory and pathogenic.

Methanogens are a group of microbes that produce methane gas through the breakdown of simple substrates such as hydrogen, acetate and other simple carbon compounds in an anaerobic environment. Methanogens are known to be both thermophilic (optimal temperature between 55 ⁰C and 58 ⁰C) or mesophilic (optimal temperature is 40 ⁰C), which illustrates their ability to be active in a wide range of anaerobic environments.  Methane has the potential to be both useful – as an additional fuel source – and harmful – as methane has a higher global warming effect than carbon dioxide. A common place to find these organisms are in wetland type environments like swamps and marshes. Anoxic environments form below the surface of the water as organic matter accumulates and begins to decompose. This results in the consumption of the remaining dissolved oxygen, creating the perfect conditions for methanogens to thrive.

Depending on the industry, these organisms can have beneficial or adverse effects. 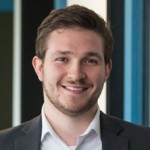 Adam hails from Nova Scotia but now calls Fredericton home, after completing his Bachelor of Chemical Engineering at the University of New Brunswick. Coincidentally – or was it? - he met our Director of Sales - Dave Tracey - who was the industrial mentor in Adam’s senior industrial plant design project. Dave was so impressed he hired Adam right out of school. When he’s not working or playing on the company beach volleyball team, he can be found on the basketball court, hunting for waterfalls, or playing the Legend of Zelda.

By Dave Tracey / POSTED IN Wastewater

Of all the applications that LuminUltra works with, biological wastewater may be the most complex but also offers the greatest opportunities for cost savings and overall optimization. The greatest savings tend to come through process optimization once long-term data trends have been established but the following is a list of opportunities that present themselves… Read More

From the editor: This is the ninth post in an ongoing series profiling microorganisms of particular significance in water and wastewater systems. In this series we will cover microorganisms of many types including some that are beneficial, inhibitory and pathogenic. Coliforms are a group of gram-negative, rod-shaped bacteria that generally belong within the family of… Read More

Ontario Water Professionals Gather for May Conference and Trade Show