There has been no shortage of media attention surrounding Legionnaires’ disease over the last six months given a highly publicized outbreak in New York City this summer and the long awaited publication of ANSI/ASHRAE 188. With all of the attention being placed on Legionnaires’ disease (which certainly is warranted) it is easy to lose sight of the bigger picture responsibility for water treaters to limit microbiological risk in general, no matter what type of pathogen or microbe is involved. For an interesting perspective, we present a recent blog post by microbiologist Dr. Fred Passman, where he adds some historical and microbiological context to the story. In particular, Dr. Passman highlights the concern with focusing all efforts and attention on one explicit microbe. While Legionella pneumophila is a problem and controlling its proliferation is an important part of the overall treatment program, you shouldn’t lose track of the risk presented by the dozens of other microorganisms that may be present in any given process. The key step is to institute a reliable and quantitative microbial monitoring program— if you don’t measure it, you can’t control it! Read Dr. Passman’s blog piece here.

This past summer, there was a cluster of Legionnaires’ disease (Legionellosis) cases in the Bronx. As most readers know, legionellosis is a disease that creates pneumonia-like symptoms caused by bacteria that belong to the species Legionella pneumophila. The species disease names both commemorate the sentinel outbreak that struck 221 attendees at the 1976 American Legion Convention in Philadelphia. Everything we know about Legionella today stems from the initial response to the 1976 outbreak.

Fast forward to the summer of 2015. In response to the cluster of cases in the Bronx, New York City issued emergency regulations and New York State is now drafting similar regulations.

Without diminishing the seriousness of the disease, it’s important to create a context. The Centers for Disease Control (CDC) reports incidence (morbidity) and death (mortality) statistics as incidence per 100,000 person-years (py) exposure (# of cases or # of deaths/100,000 people/year). The morbidity rate for Legionnaires’ disease 0.4 cases/100,000 py (all of the statistics in this post are approximations – epidemiology is an imprecise science). The mortality rate is 10 to 15% of the morbidity rate. By comparison, the morbidity rate for asthma 8,000 cases/100,000 py (mortality 8 deaths/100,000 py). Both diseases tend to occur in clusters and peak seasonally. Both are caused by inhalation. However, Legionnaires’ disease is an infectious disease (the symptoms are caused by a combination of direct and indirect effects of a microbe proliferating within the body) and asthma is typically allergenic (the body’s immune system reacts to inhaled substances). Now consider non-tuberculosis Mycobacteria (NTM). NTM are members of the genus Mycobacteria other than M. tuberculosis. Several NTM species are associated with pulmonary diseases (for example: hypersensitivity pneumonitis – extrinsic allergic aveolitis). The morbidity rate for NTM 2/100,000 py for the general population but can be as high as 20% among farm workers, pigeon breeders and other sectors of the population exposed to NTM sources.

All of these statistics can make your head spin. Morbidity and mortality rates mask the occurrence of disease clusters. Thus although L. pneumophila is ubiquitous, legionellosis typically occurs in clusters. The story for asthma and NTM infections is similar. So what is the shiny object? When a disease outbreak occurs, there is tremendous value in focusing on the immediate cause, but there’s also a need for maintaining a more global perspective. In her paper, presented at last month’s AWT Annual Convention, Diane Miskowski (EMSL Analytical, Inc.; www.EMSL.com) reported – almost parenthetically – that increased numbers of NTM had been recovered from cooling towers which had been treated to kill off L. pneumophila. Are our efforts to control Legionella spp. in order to decrease our legionellosis risk may be increasing our risk of contracting other respiratory diseases? More on this in another post. I’d be interested in reading your thoughts. 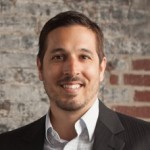 Jeremy is a molecular biologist with over 15 years of biotechnology experience in the public, private and academic sectors. With a wide-ranging background in technical sales, customer support and research and development, he takes pride in understanding customer needs and helping customers solve complex problems. An educator at heart, Jeremy is driven to help clients navigate and succeed in the constantly evolving world of microbiology. As an avid sports and outdoor enthusiast, he can be found exploring the abundance of nature in Fredericton with his wife, two daughters and dog Charlie.

Hydroelectric power has been around for a long time. You might say that, along with windpower, it’s one of the original sources of clean energy. More than 2,000 years ago, the Greeks were using water wheels to grind grain into flour. Jumping forward all the way to the eighteenth century, French engineer, Bernard Forest… Read More

The water crisis of Flint, Michigan has brought the issue of lead in drinking water back into the public eye. While the overall health implications of the crisis are yet to be seen, recent research published in Lancet Public Health by Dr. Bruce P. Lanphear of Simon Fraser University has shed light on the… Read More

The Ocean Conference: How the United Nations is addressing ocean health

Coming up June 5 in New York, the United Nations will bring together stakeholders from around the globe to discuss the health of the world’s oceans. The Ocean Conference will run for five days and will see delegates tackling a host of issues centered on Sustainable Development Goal 14: Conserve and sustainably use the… Read More