This is the ninth post in an ongoing series profiling microorganisms of particular significance in water and wastewater systems. In this series we will cover microorganisms of many types including some that are beneficial, inhibitory and pathogenic.

Coliforms are a group of gram-negative, rod-shaped bacteria that generally belong within the family of Enterobacteriaceae.  They can be found naturally in soils and within the intestines of warm-blooded animals.  Escherichia coli (E. coli), which was covered in a previous article in this series, is likely the most infamous species in the coliform group, as pathogenic strains, 0157:H7 and 0104:H4, have been responsible for several notable outbreaks of food and water-borne illnesses. The severity of E. coli symptoms can vary. They could include nausea, vomiting, mild fever, and headaches, or in severe cases, an infection could cause hemorrhagic diarrhea or kidney failure.

Besides these outbreaks, coliforms are most notable for their routine use as indicator organisms for fecal or general microbial contamination.  Depending on the application, common tests might measure total coliforms, fecal coliforms, or specifically E. coli.  Total coliform testing measures all bacteria within the coliform group, including species found naturally in our environment and those that grow exclusively in the digestive systems of warm-blooded animals. Consequently, a positive result does not necessarily indicate fecal contamination, but instead it might mean that a treatment process has failed or biological regrowth is occurring.  Fecal coliform test methods measure only thermotolerant coliform bacteria, which are typically associated with fecal contamination; however, it is worth noting that some of these species such as Klebsiella, Enterobacter, and Citrobacter can be found in both fecal and non-fecal environments.  For this reason, E. coli testing is typically the preferred method for specifically indicating fecal contamination.

Coliforms are regulated as indicators in many industries and jurisdictions. Total coliform testing is widely used in the drinking water industry.  For example, in the United States, it is required by all public water suppliers under the Revised Total Coliform Rule.  In the wastewater industry, effluent requirements for fecal coliforms and/or E. coli are common. E. coli testing is also used to monitor hygienic practices in food processing and to indicate pathogenic risks in recreational waters.

Coliform bacteria are often controlled through typical treatment (E.g. filtration) and disinfection practices (E.g. chlorination or ultraviolet disinfection).  One disadvantage of using coliforms as indicators, is that they are more susceptible to common disinfection methods compared to other pathogens, meaning the absence of coliforms does not guarantee the inactivation or removal of all pathogens.  Therefore, it is critical to include other testing methods, such as ATP testing, within a monitoring program to ensure that microbes are properly controlled.  For more information about how LuminUltra’s 2nd Generation ATP testing can improve your monitoring program, please check out our water and wastewater applications brochures. 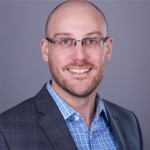 Brad McIlwain has over eight years of experience in the water and wastewater industry. Prior to joining LuminUltra, he worked for several years as a consulting engineer, where he helped solve complex water and wastewater treatment process issues. He has a particular interest in water system corrosion. During his Master’s, his research focused on water quality and corrosion in premise plumbing. Brad enjoys being outdoors, spending as many weekends as possible camping, hiking, and cycling.

Quite often in the water industry, ideas get expressed through numbers. Percentage daily usage, microbial counts, evaporation loss rates, temperature variances…you get the idea. It’s easier to understand complex data when it’s represented graphically. With that in mind, here are some interesting water statistics that demonstrate just how much water we’re using and how. World… Read More

Tuesday, August 9, at the Maria Lenk Aquatics Centre started like many others have recently. Athletes and coaches were preparing to compete, fans were arriving to cheer on their countrymen/women, and event managers were working away at the thousand and one tasks that needed to happen at their facility so the world could watch… Read More

Ontario Water Professionals Gather for May Conference and Trade Show