Individual retail gasoline outlets can potentially increase annual revenues by as much as $30,000 per year through a more pro-active microbiological testing program using LuminUltra’s Quench-Gone Organic Modified (QGO-M) test kit. Uncontrolled microbiological growth in fuel systems is one of the main contributors to filter plugging (Passman, 2001). If the microbiological population in Underground Storage Tanks (UST) is routinely monitored and controlled, dispenser flow rates can be maximized.

To illustrate this point, consider the model case study below for a retail outlet with the following assumptions:

A retail outlet with a 10% reduction in dispenser flow rate therefore has an opportunity cost of $1920 per day (6000 USgal x 10% x $3.20/gal). At this reduced rate, it takes less than five days (18 hours of peak business) to cover the initial equipment investment as well as the costs of a monitoring and treatment to control microbial growth. Beyond the first year once the equipment cost has been covered, the annual monitoring and treatment costs are recovered in less than two days. High dispenser flow rates enable the retail gasoline outlet to be more competitive during peak business hours and not lose customers to another line at a different outlet.

A major secondary benefit of this program is a significantly reduced threat of microbial-influenced corrosion (MIC) in fuel storage tanks. If uncontrolled, microbial proliferation in storage tank bottom water can rapidly accelerate corrosion of the tank which can often lead to perforation and possibly fracturing of the tank. Since the replacement cost of a fuel storage tank can approach $500,000, it is certainly in the best interest of all those involved to make sure that tank integrity is maintained for as long as possible.

For as long as humans have existed, water has been a central force in the development of civilization. Across the planet we can see the proof that many diverse... Read More 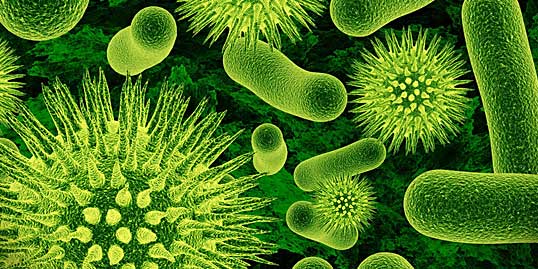 Wastewater treatment plant staff do their best to optimize the health of microbes in their bioreactor. However, without a direct way to measure active biomass, process optimization is very... Read More

The importance of conserving water Water is essential to human life. Every person on the planet, no matter the region, requires the same basic daily amount for survival. That... Read More