Am I Missing Something? A Look into the Dangers of Viable but Nonculturable Cells (VBNC)

Note from the Editor, Jordan Schmidt:

The significance of viable but non-culturable (VBNC) cells is becoming increasingly evident. Recent research has shown that various pathogens can enter a VBNC state when exposed to a combination of household cleaners and inorganic salts. This is significant as culture testing, while still extremely common and often the regulated microbiological parameter, would fail to detect these harmful organisms. This results in a trend away from culture-based testing towards metagenomic methods such as next-generation sequencing and qPCR. With the launch of our DNA-based GeneCount® qPCR product line, we’re revisiting a blog on the importance of measuring VBNC cells.

“I’ve performed the plate count… but what am I missing?”

For over a century, lab technicians for water treatment facilities have turned to culturable plate counts as their main weapon in quantifying the bacterial count for a system. What may come as a shock to these facilities is that even after a treatment has been applied (i.e. UV, chlorination, etc.) and the plate counts pass compliance, the water exiting the system may not be pathogenic-free. So, what is the mystery here? Over the last few decades, various research has been done on bacterial cells that enter a functioning, yet nonculturable state under certain environmental stresses (Chen et al., 2017). These cells, known as viable but nonculturable (VBNC), go undetected by plate count methods, underestimating the system’s pathogenic count.

How can they form?

When a cell enters a VBNC state, they are still functionally viable but have lost the ability to form cultures or in simpler terms, reproduce. Some of the root causes for a VBNC state may be simple environmental changes such as temperature, pressure and pH. However, it has also been noted that some common disinfection methods used to eradicate pathogens may induce VBNC states in bacteria as well (Chen et al., 2017). In one experiment at the Chinese Academy of Science, Zhang and colleagues (2015) describe a case where disinfection through UV dosage resulted in an induction of VBNC bacteria (Zhang et al., 2015). In addition, other experiments have noted that common treatments such as chlorination and chloramination have caused induction on certain cells (Chen et al., 2017).

If they are not reproducing, why should I care?

Although in this state they’re rendered non-culturable, VBNC cells still maintain the functionality of a culturable cell. This may include cellular integrity, respiration, gene expression, adhesion properties and virulence potential (Li et al., 2014). In another experiment at the Chinese Academy of Sciences conducted by Chen et al. (2017), the viable characteristics of E. coli in its VBNC state following chlorination and chloramination treatments on a pure culture was assessed. Chlorination and chloramination are oxidizing biocides which function by attacking the cell membrane, causing intracellular damage and inevitable death. However, following these treatments, the cell membranes of the VBNC cells remained intact while respiratory activity and gene expression persisted. Alarmingly, the induced cells were able to express genes for disinfectant resistance and potential virulence in the human gut.

Even still, one might wonder where the harm is in having a few nonculturable cells in their system. The issue is that upon being placed in appropriate environments, they may resuscitate and become culturable again. When placed in nutrient and nutrient-free growth media at 37 °C after chlorine disinfection, the cell counts in the experiment reached  CFU/mL at 21 hr and 48 hr, respectively (Chen et al., 2017). This resuscitative pattern can be seen in Figure 1 below for the nutrient-rich plates:

Given the time between measurement and consumption, VBNC bacteria present a potential health risk when entering drinking water systems.

How do I defend against what I can’t culture?

Previous research has used a Flow Cytometer and dye to determine the number of viable cells which can then be used in combination with culture-based methods to quantify the VBNC cells (Chen et al., 2017). However, both methods require immense laboratory training and take days to deliver results. In this time, the bacterial concentration may have already increased exponentially in the system.

Alternatively, with LuminUltra’s 2nd Generation ATP test kits, utilities can immediately assess the total microbial population, culturable or not. This can provide an initial insight into the risk level of the current system and determine whether further disinfection may be needed. To read further on the advantages of 2nd Generation ATP testing over existing culture-based methods, click here.

When it comes to reducing human health risk and preventing microbial caused problems such as microbial influenced corrosion and nitrification, utilities need to know the breakdown of the potential pathogens and other harmful microorganisms. LuminUltra’s DNA-based GeneCount® product line has next-generation sequencing and qPCR services and products that can help you identify the organisms in your system, be they harmful, inhibitory or beneficial.

Chen, S. et al. (2017). Induction of E. coli into a VBNC state through chlorination/chloramination and differences in characteristics of the bacterium between states. Xiamen: Water Research.

Li, L. et al. (2014). The importance of the viable but non-culturable state in human bacterial pathogens. Ste-Anne-de-Bellevue: frontiers in Microbiology.

The Benefits of 2nd Generation ATP for a Manager 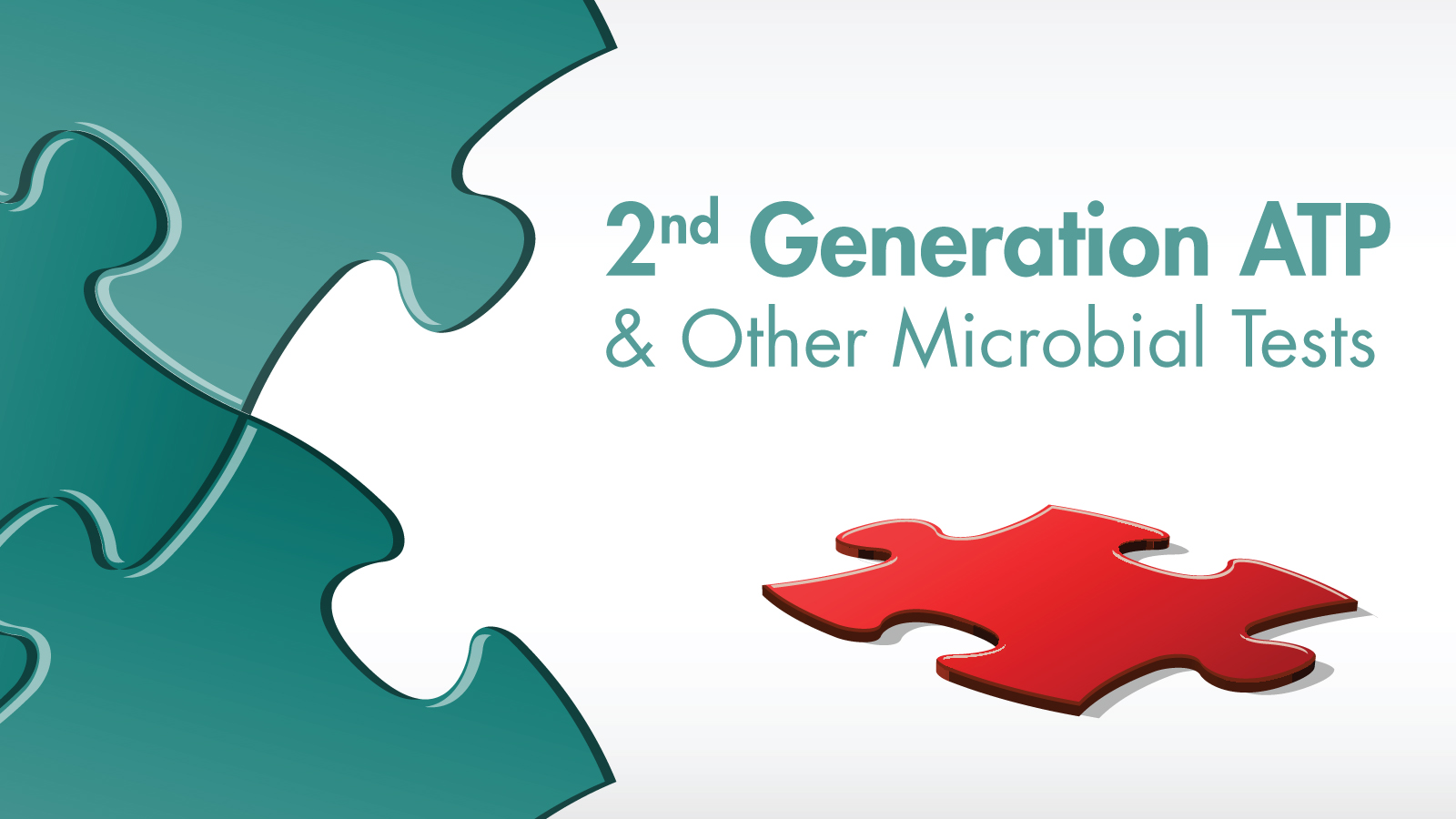 Is there a correlation between ATP and other traditional microbiological methods?

Unsurprisingly, when people are used to getting their information in a certain way, they naturally want to know how a new method will stack up against it. The... Read More